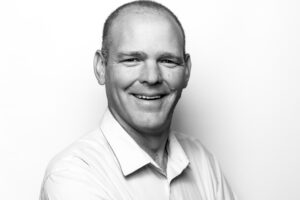 During a workshop around values and behaviour standards a Legitimate Leadership client company’s management team reached the conclusion that, despite the business having a very clear benevolent ethos – for instance, the company strives to provide free medical services to the needy as a byproduct of their paid-for medical services – they had until this point not had an explicit discussion about what their values actually were.

This was making it difficult to consistently encourage supportive behaviours – and to confront behaviours in the business that were not supportive of the work they were trying to do.

The workshop was part of Legitimate Leadership’s application module, Enabling Human Excellence by Raising the Bar, which helps managers to understand the role of standards in a business, and why it is so important to continue to strive for ever-increasing levels of excellence in standards.

Legitimate Leadership draws a distinction between behaviour standards – which are linked to company values and can be expected of everyone – and performance standards that can be adjusted to the potential and capability of the individual.

We argue that a solid foundation of behaviour standards that are linked to values provides the platform for raising the bar on performance standards – the path to excellence.

During the client company’s workshop, the management team decided to focus on establishing a clear set of critical behaviour standards aligned to a core value.

We started with definition – the team decided on the value of Respect as a starting point. It agreed that the following critical behaviours would be happening if this value was evidenced in the workplace:

Deliver what you promise.

Accept accountability for the situation you are in – don’t blame others for it.

Always give your best effort.

Listen, and serve the needs of others above your own.

Once these were agreed, management decided to communicate these standards to the staff. That week’s Friday meeting was dedicated entirely to the issue of behaviours in the workplace.

The staff was informed that the management team had discussed values in the business, and had taken some time to position values in the context of enabling behaviour and performance standards.

They gave the staff their view, namely that respect was the most critical value in the business – respect for each other, respect for oneself and, above all, respect for patients. They asked staff for their views on this. Some debate followed, but there was general agreement with this idea.

The managers then asked the staff what kinds of things would be happening in the workplace if all were living up to this value of respect. The ideas tabled by the staff almost exactly mirrored the behaviour standards management had agreed among themselves.

The managers then asked staff for commitment to strive to uphold these standards, and invited staff to give feedback to them if they felt management were not upholding these standards themselves.

In parallel, they privately confronted people who acted in ways contrary to these standards, explained why their actions were not appropriate, and gave examples of what they should have done in the situation to align with the standards.

Managers did this for six weeks. The product was a dramatic improvement in workplace behaviours and increased enthusiasm for continuing to sustain the behaviours.

Comment by Josh Hayman: Behaviour standards are very rarely an ability issue.  They are mostly a question of values, and therefore a matter of the will.

When you ask people what their values are, and what they hold important, you often find common ground with your own values. In my view, the managers in this business were successful in raising the bar on behaviour because they did the following well:

They developed a clear view of the standards themselves.

They appealed to the values in their staff, and found alignment with their own.

They consistently communicated the importance of these values – and the associated behaviours – in the workplace.

The enabled accountability in their staff for upholding these by singling out role models – and giving positive accountability. They also privately confronted inappropriate behavior, making it clear it wouldn’t be tolerated – and at the same time gave people examples of behaviour that, in the same situation, would have aligned well with the values.

What Happens When You Shift Focus From Results To Contribution 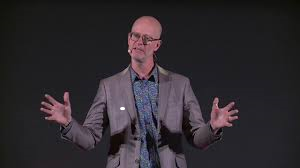 December 2021 – Question Of The Month 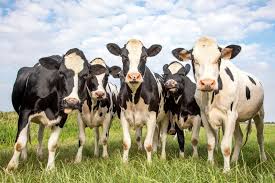