COMMENT ON THIS VIDEO BY TONY FLANNIGAN, LEGITIMATE LEADERSHIP

Legitimate Leadership says that results don’t come from looking at the scoreboard and shouting for more! Results come from setting standards of individual contribution, giving the person the means and ability to achieve that contribution, and then raising the bar (of that contribution). Too often we convince ourselves that massive success requires massive actions – whether it is losing weight, building a business, writing a book, winning a championship, or achieving any other goal. We put too much pressure on ourselves to make some earth-shattering improvement that everyone will talk about. While improving by just 1% isn’t particularly notable – and in many instances isn’t even noticeable – it will be far more meaningful in the long run. Most of the significant things in life are not stand-alone events, but rather the sum of all the moments when we choose to do things 1% better. Equally, this works in reverse: if you accept an imperceptibly small deterioration in standards day after day, you will wonder why you end up in a place you do not want to be and have a mountain to climb to get back to acceptable performance. How do you get world-dominating performance? Answer: by setting standards and constantly raising the bar by tiny increments, each of which are insignificant in themselves.

OUR SUMMARY OF THIS VIDEO: The fate of British cycling changed in 2003. David Brailsford became the performance director. When he was hired, Britain had suffered nearly 100 years of mediocrity. Since 1908, British riders had won just a single gold medal at the Olympic Games. Also, in 110 years, no British rider had ever won the Tour de France.

Brailsford came in with a plan which he called the aggregation of marginal gains – a philosophy of searching for tiny margins of improvement in every single thing you do. He told his team that the idea was if you break down every single thing that goes into riding the bike, then improve it by 1%, you will get a significant improvement when you put all the improvements together.

The improvements didn’t stop there. Brailsford continued to find 1% improvements in overlooked and unexpected areas. The riders were educated in the best way to wash their hands. The best types of pillows and mattresses, which resulted in the best night’s rest for each individual rider, were determined.

The coach even painted the inside of the team truck white to help spot the tiniest particles of dust that could possibly affect the performance of a bike.

Five years from the time Brailsford took over, the test came: the 2008 Beijing Olympic Games. Miraculously, the British cycling team took over 60% of the gold medals available.

In a 10-year span the British cycling team won 175 world championships, 66 Olympic and Paralympic gold medals, and five Tour de France victories – in what would be regarded as the most successful run in cycling history.

How does a mediocre team transform through these tiny improvements? It is too easy to overestimate one defining moment – as many did when the British won gold. Too often we convince ourselves that massive successes require massive actions – whether in writing a book, losing weight or winning a contest. We put too much pressure on ourselves to make earthshattering improvements without realising that we are setting ourselves up for failure.

Meanwhile, improving by 1% isn’t notable or even noticeable. People may not see it or talk about it, but it will be far more meaningful in the long run. Imagine being on a timeline and each day you get better by 1%. You will end up 37 times better by the end of one year.

Conversely, if you get 1% worse each day for one year, you will decline to close to zero.

In the beginning there is basically no difference between making a change that is 1% better or 1% worse. But as time goes on, you suddenly find a large gap.

Jim Rohn, a successful business philosopher, once said success is a few simple disciplines practiced every day, while failure is a few errors in judgement repeated daily.

Most people love to talk about success as an event. We talk about losing 50 pounds or building a business or winning a gold medal as if they are events. 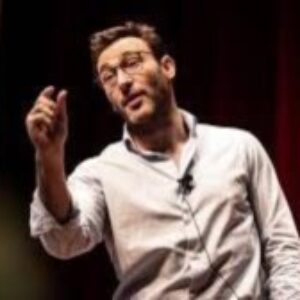 Recognizing And Rewarding Behavior, Not Results 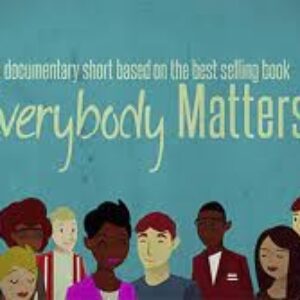